The history of Sosua is as interesting as the town itself. It is a small ocean side town west of Puerto Plata, in the Dominican Republic. This small beach town started as a Jewish settlement back in 1938 when Adolf Hitler was attacking Jews in Europe and Dominican dictator Rafael Trujillo accepted to allow up to 100,000 Jewish refugees to be settled in the lands up North, what is now called Sosua. The Jewish settlers were arriving to the island between 1940 and 1945 due to logistics issues related to war planes not being available as planned due to war demands.

The Dominican government gave the refugees land and resources, which allowed them to set up farming and dairy operations that lead to the creation of a successful business that is still in place today.  Although nowadays Sosua is more a villa rental tourist destination with expats from all over the world, still there are signs of the old times when Jewish settlers were living here. Several families still own property and live in Sosua, descendants of the original settlers. A synagogue, a museum and several other landmarks are still part of life in Sosua. 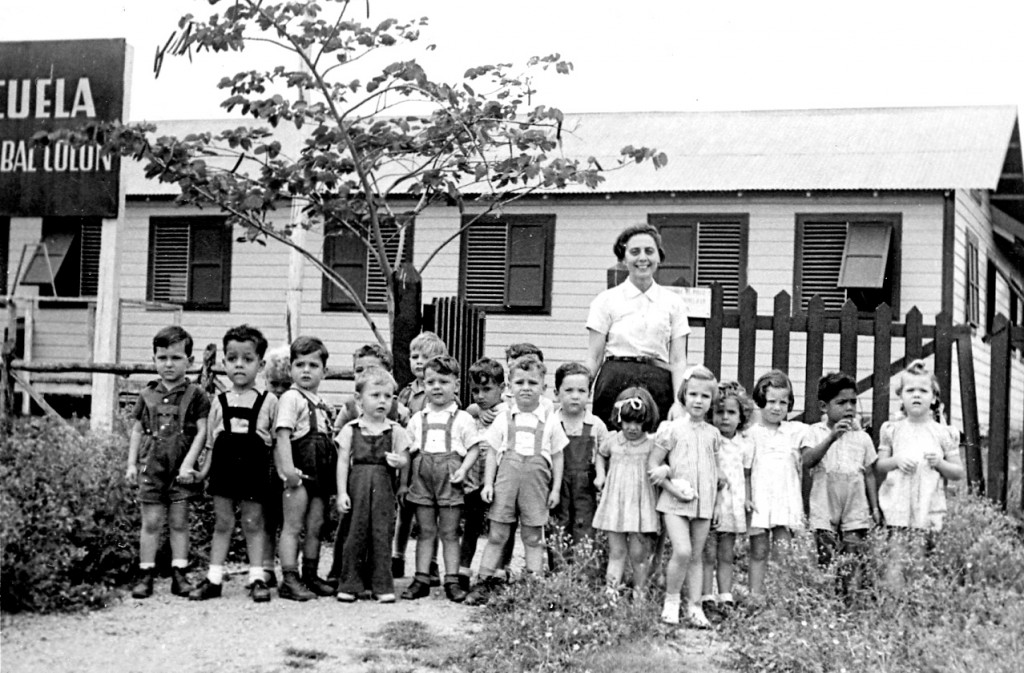 The first school of Sosua 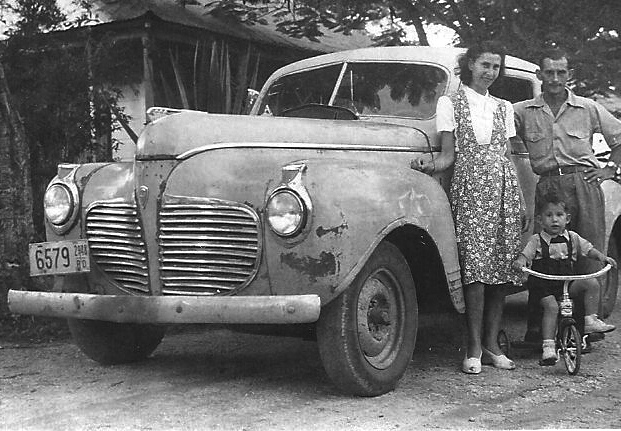 Sosua Jewish Settlers with a car 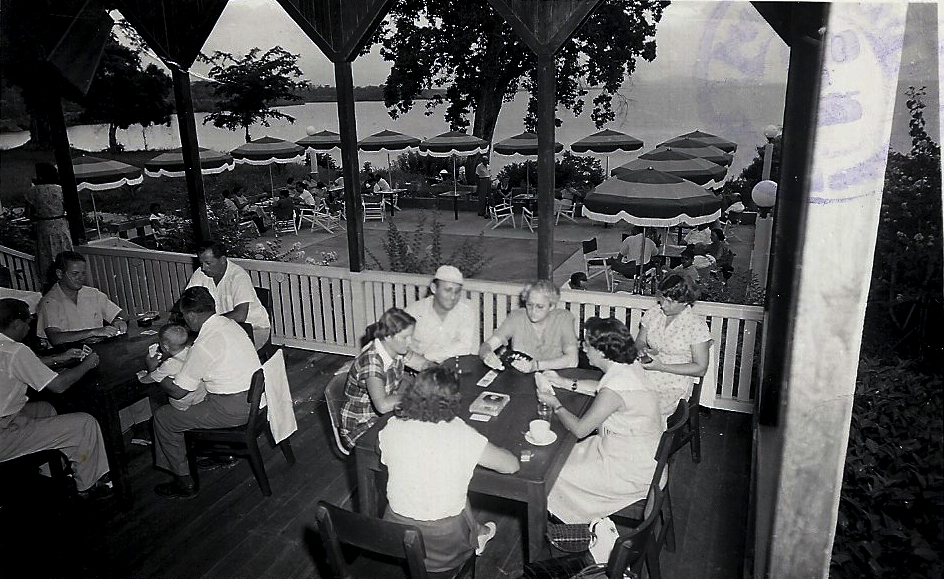 Before the advent of tourism in the mid 1980`s, Sosua was little known in the international scenario. With the creation of Playa Dorada, things quickly changed for this little farming and fishing village, and soon large developers started to notice the potential of its beaches, proximity to Puerto Plata and the neighboring beach town of Cabarete. Divided in thee main areas, El Batey is the main shopping and commercial center, where all the bars, villas for rent, restaurants and hotels are found.

Mostly populated by foreigner expats from European and American countries such as Germany, Austria, Canada, United States, Italy, France and Switzerland among others. There`s also Sosua abajo ( lower Sosua ) where most Dominican employees live, and Charamicos. Sosua beach is a  crescent shaped cove between El Batey and Charamicos, lined up with small bars and gift shops. The water in the bay is very clear, making it an ideal place for snorkelers and divers alike. On the right side of Sosua there`s the Sosua Bay Hotel and Victorian House, two landmark resorts with amazing views of the bay.

HAVEN IN THE CARIBBEAN

A new casino in the Bay plaza opened a year ago, and a now famous gym and spa center. Every season, Sosua sees the rise and fall of new bars, restaurants and stores, and only the ones that know how to deal with such a multicultural society can prevail long term. Many hotels in town are now closed, and a large percentage of tourists are now renting private condos and villas instead of booking hotel rooms. This has driven the market for new condo and villa development in Sosua, with an amazing increase in real estate investments in the past 10 years.

Sosua also became famous as a single guy`s paradise, because tourism attracted many women ( called Chicas in local Spanish ) and soon a new market emerged that created friction between those opposed and the ones profiting from the activity. Almost all bars in Sosua have several girls that would become mistresses for the night, and a recent crackdown on the sex trade by the new major tightened the rules against the chicas to keep them inside the bars and off the streets. Jewish influence in the island was first introduced by Christopher Columbus in October 12, 1492, who brought in a Hebrew companion, Mr. Luis de Torres. The land that Columbus first called “the new world” he called La Isabela, which is about one hour west of Sosua, in Puerto Plata. Still the remnants of the old settlement ( first in the new world ) can be seen in the area. 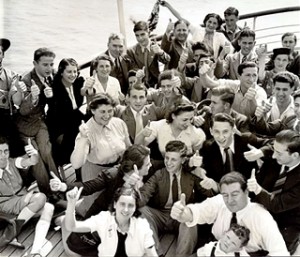 THE FIRST JEWS DEPARTING TO SOSUA 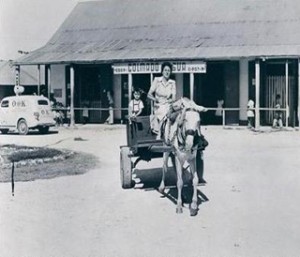 JEWISH SETTLER AT A STORE IN SOSUA

In July 1938 the President of the United States Franklin Delano Roosevelt convened in Evian-les-Bains a meeting of the European countries plus Australia and the U.S. , and some Latin Americans, in order to discuss “The Organization of the Emigration and Resettlement” of “Political Refugees and Those Persecuted   by Reason of Race or Religion”. (Note the absence of the word “Jewish” from the titles).

At the time a large number of refugees were fleeing Austria and Germany , while already many others faced confinement in concentration camps; most affected were the Jews. A delegate of the League of Nations also attended the Conference, but no representative of the “refugees” was accredited since this was deemed a “governmental level” event; eventually they were allowed to meet with a low level sub-commission.

The conference achieved very little; Germany and Austria conceded a slight easing of the exit procedures for Jews, allowing some of them to expatriate portions of their possessions; Australia agreed to grant 15.000 entry permits spread out over the next three years, and some Latin American countries accorded visas to small groups. The outstanding exception to this bleak outcome was the Dominican Republic ; it was the only country that was willing to unconditionally receive the Jewish refugees.

Because of bureaucratic difficulties in the countries from which the Jews were to leave, both in their countries of origin and the countries of passage, and the slow pace adopted by the institutions responsible for the implementation of the project, its success was less than satisfactory. The colony struggled as the settlers learned farming by trial-and-error. The thousands of additional refugees that Trujillo had agreed to take never arrived, unable to cross the submarine-infested ocean in the midst of World War II. Between 1940 and 1942, when because of the War no more Jews could make it, less than 600 persons finally settled in Sosua. After Hitler was defeated by the allies and the war ended, many of the settlers left, worn out by the hard life and eager for opportunities in the United States. 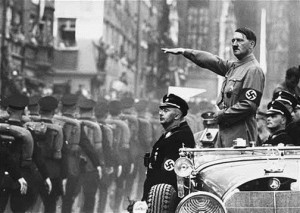 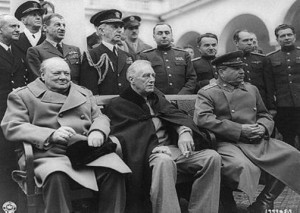 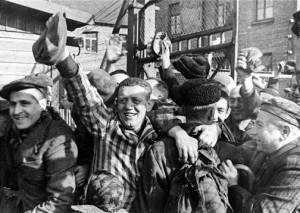 The DORSA: After the Evian conference, two Jewish American aid organizations “The American Joint Distribution Comitee” aka the JDC or JOINT and “The American Joint Agricultural Corp.” a subsidiary of the first, aka AGROJOINT, created the “ Dominican Republic Settlement Association, Inc.” that was dubbed DORSA. This newly created organization took care of the selection, paperwork, relocation and expedited migration procedures for the fleeing Jews.

Rafael Trujillo was a ruthless dictator that kept the island under his complete control from 1930 to 1961 when he was finally assassinated after three decades of bloody, absolutist rule. Trujillo had ordered a massive murder of Haitians in October 1937, what was known as the Parsley massacre. This action had international repercussions and it is believed that Trujillo allowed the Jewish people into the country to better his image in the international scenario.

Others believe that Trujillo allowed the Jews because their skin is white, as the dictator was known to dislike black colored skin. Whatever the reason, The Jewish settlers in Sosua found their tropical Zion in the small Northern coast town of Sosua, where they farmed the land, created schools, churches, roads and a successful dairy business that even today bears the name of the town, Productos Sosua. 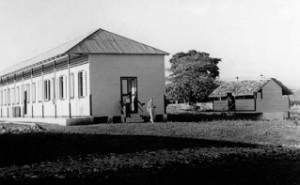 ONE OF THE FIRST BUILDINGS IN SOSUA 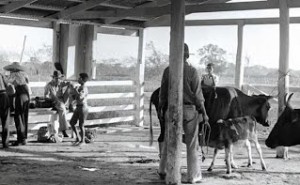 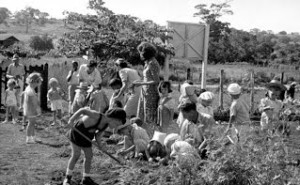 CHILDREN PLAYING NEAR THE FARMS 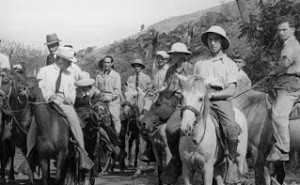 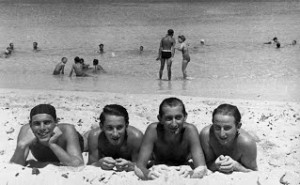 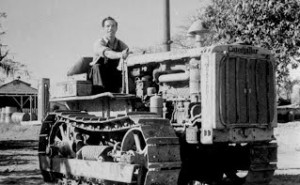 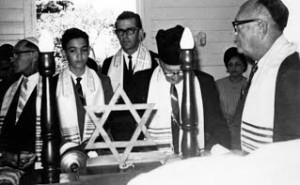 A SYNAGOGUE FROM THE EARLY DAYS 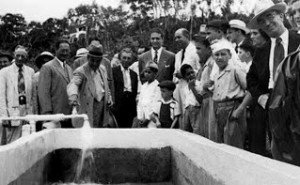 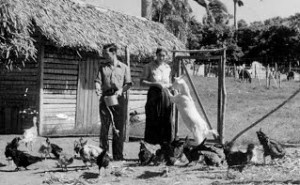 JEWISH FAMILY SETTLERS
THE JEWISH MUSEUM:  In order to celebrate the fiftieth anniversary of its inception, in 1990 the Jewish Community held a number of commemorative ceremonies that were attended by many ex-Sosuans who gathered from around the World. These events were given both domestic and international highlight, on account of their profound meaning. A Museum was dedicated in the center of town, that documents and perpetuates this one of a kind story. In 2003 the Museum reopened after a lengthy renovation. It houses documents, pictures, objects and testimonies, some written and others in audiovisual format.

THE SYNAGOGUE: The Community carefully and lovingly preserves its small Synagogue, which functions in a totally wooden frame house, and was recently renovated. Periodically, Religious Services are held in it; with the increase in tourism, this Temple is certainly destined to become an attraction for Jewish and non Jewish tourists alike and for Jewish couples who wish to be wed in the Dominican Republic . It is adjacent to the Museum, in the midst of a small garden; the two are a major Sosúa landmark, right in the middle of town. The Museum is open on weekdays and its patrons are welcome to also visit the Synagogue.

In the book Tropical Zion, Allen Wells narrates the circumstances involved that later gave birth to the founding of Sosua, the life of the original settlers and how the Jewish refugees found paradise in the Caribbean island of the Dominican Republic when there was no other place to go and the United States and Europe were limiting the visas to the refugees.

Another book that provides insightful information on the beginnings and life of the Jewish people in Sosua is Marion Kaplan`s Dominican Haven ( Publisher: Museum of Jewish Heritage-A Living Memorial to the Holocaust  Date published: 02/2008 ) The book begins to answer many questions about this most peculiar case of refugee migration that changed the lives of those fleeing the horrors of Nazism and of those in the Dominican Republic who welcomed them.

The Museum of Jewish Heritage published a Sosua teacher`s guide to prepare middle and high school students for a visit to the Museum of Jewish Heritage — A Living Memorial to the Holocaust, and the special exhibition Sosúa: A Refuge for Jews in the Dominican Republic. This guide shows how the Jews in Sosua created their society around the land and dairy products, becoming a successful economy.

VIDEO: JEWS IN MANY LANDS: SOSUA

The video documentary Jews in Many Lands: Sosua is courtesy of the International Raoul Wallenberg Foundation. Raoul 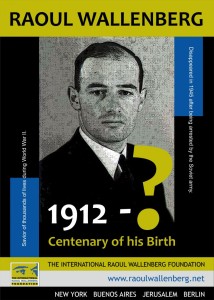 Wallenberg is the Swedish diplomat missing since January 1945 after saving the lives of thousands of Jews and other persecuted during World War II. While serving as Sweden’s special envoy in Budapest between July and December 1944, Wallenberg issued protective passports and sheltered Jews in buildings designated as Swedish territory.

On 17 January 1945, during the Siege of Budapest by the Red Army, Wallenberg was detained by Soviet authorities on suspicion of espionage and subsequently disappeared. He was later reported to have died on 17 July 1947 while imprisoned by communist authorities and KGB secret police in the Lubyanka, the KGB headquarters and affiliated prison in Moscow.

The mission of the International Raoul Wallenberg Foundation is to develop educational programs and public awareness campaigns based on the values of solidarity and civic courage, ethical cornerstones of the Saviors of the Holocaust. The foundation website is http://www.raoulwallenberg.net/

Some bibliographic sources on the history of Jews in Sosua:

WORLDWIDE SOURCES ON THE HISTORY OF SOSUA:

Adolf Hitler:
History of Hitler, by the Jewish Library